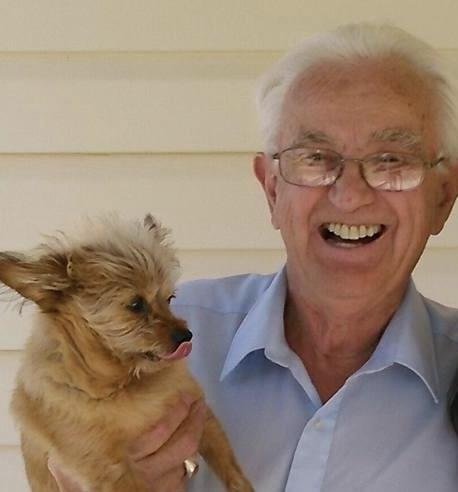 Age 83, passed away on Tuesday, May 19, 2020. Bud was born August 15, 1936 in Minneapolis, MN to Helen & Belford Sydness. Bud graduated from De LaSalle High School in 1955 and went on to Dunwoody. He also served in the National Guard from March 1955 - June 1958. He is survived by six children, Sheila (David) Engstad, Steven (Annette), Scott (Tammy), Sandra (Dean) Benham, Suzanne (Craig) Altendorfer and Stacey Tupper; 19 grandchildren and 21 great grandchildren with 2 more on the way; sister, Marge Braddock; and Half Brothers, Roger and Michael Weber; nephews and nieces, and his special yorkie, Bo Diddley. He is preceded in death by his parents and sister, Miriam Israelson. Bud owned his own painting company for many years. He even painted the high bridge in St. Paul!! After moving from Bloomington to Minnetonka he started working for the Hopkins Public School District retiring in 1998 at 33 years of service. He interviewed with LH Tanglen, Hopkins superintendent, and was hired when Tanglen found out Bud was living in his previous house! Upon retirement Bud moved south, OK, TX, NM and finally ended up in and loving Mesa, AZ. He lived in Mesa until 2019, when he moved back up to MN. Bud loved to Roller Skate, Line, Square and Round Dance and tell really bad jokes. A celebration of life will be planned at a future date.