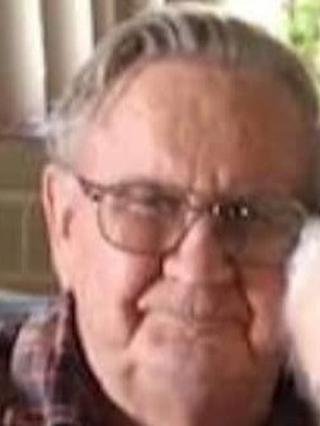 Lyle grew up on the family farm in Mentor, MN thru the great depression. He graduated from High School in 1946.  He was drafted in 1947 into the army and served as a Corporal. During WWII Lyle was assigned as a prison guard at the Sugamo Prison in Japan guarding Major War Time Criminals. He guarded Premier Hideki Tojo.

After returning home he worked for several Railroad Companies around the country as a clerk, teller, and telegraph operator. He was then redrafted into the Army and served 10 mo. and 21 days in Korea as a telegrapher in International Code. The rest of his time was spent state side in Army Security. After the Army Lyle relearned the Railroad Code and worked for the Mesabi Division of the Great Northern Railroad until retiring in Oct. 10, 1986.

Lyle married the love of his life, Janice Marian Johnson, on June 13, 1954. They moved to Superior, WI and raised 5 children there.  After retiring they did quite a bit of traveling around the country and took several cruises. They moved to Florida for 22 years also spent a few years in North and South Carolina before returning home because of Janice’s failing health.

Lyle was known to ride his three wheel bike for miles, buy old music tapes at rummage sales, BBQ chicken while sitting on his front porch listening to old music tapes. He then entered Middle River Health Facility to be with Janice who passed away June 21, 2019.

From serving in WWII and Korea it made him a bit of a rough character earlier in life, he later softened and loved to be picked on by his grandchildren. He always had a joke to tell, used his time playing sudoko puzzles, creating beautiful models, two cottage houses, and several wooden airplanes. He loved playing his harmonica and always had it in his pocket and bingo was serious business. We all will miss him dearly.

Funeral arrangement will be announced at a later date.

Share Your Memory of
Lyle
Upload Your Memory View All Memories
Be the first to upload a memory!
Share A Memory
Plant a Tree