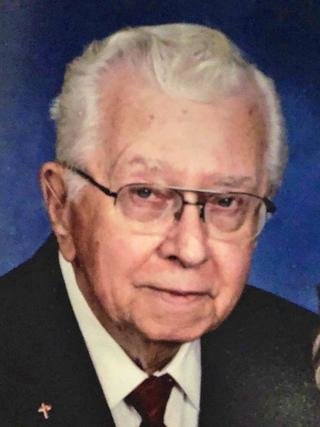 Obituary of Lewis A. Keppers

Lewis worked as a Carman for the Northern Pacific and Burlington Northern railroads for 46 years, retiring in 1992.

He was a “jack of all trades” and enjoyed fishing, hunting and the outdoors in general.

If pandemic guidelines allow (contact a family member to confirm) a funeral service will be held on July 25 at Christ Lutheran Church in Superior. If not allowed, there will be a small graveside gathering of immediate family.

In lieu of flowers or gifts the family suggests donations be made to Christ Lutheran Church in Superior or a charity of your choice.

Share Your Memory of
Lewis
Upload Your Memory View All Memories
Be the first to upload a memory!
Share A Memory
Plant a Tree