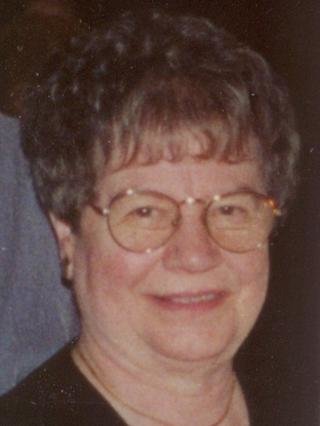 She was born March 14, 1929 in Duluth, MN to Nick & Frances (Bartylla) Karlinski. She married James W. of Proctor, MN on April 7, 1951. She graduated from Morgan Park High School in 1947. Right after graduating, she started working as a teller at the Park State Bank in Morgan Park and worked full and part time there for 36 years. She also worked at the Super 8 Motel in Duluth for several years and did volunteer work at the Memorial Blood Center. She was a member of St. Margaret Mary’s Catholic Church in Morgan Park. Vernette’s interests were dancing, making crafts, ceramics, playing bingo & cards at the Morgan Park Senior Center, watching the MN Twins baseball, the MN Vikings football, the Duluth Huskies baseball games and spending time with her grandchildren.

She was preceded in death by her parents and husband of 46 years, James, in Feb. 1997 and sister Vernice Brophy.

A private family service will be held at Oneota Cemetery.