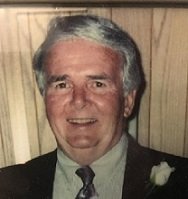 Don was born to Squire and Olive (Morton) Taylor, April 6, 1933. Don graduated from Central High School in 1951. Don then proceeded in an apprenticeship program with Plaunt Plumbing and also with Western Electric, earning both certificates. Don was a great resource assisting with the AT&T acquisition of the Sage Building, creating electrical blueprints of the facility which led to a 20-year career with high clearance credentials working on projects for NORAD. His next 25 years were in property and hotel management/ownership. In retirement, Don enjoyed driving college students on one of the bus routes for Summit Management-Transportation.

As a man of many trades, he enjoyed carpentry, building 3 homes, starting Don’s Custom Campers and constructing his first Piper Cub airplane. Don loved playing sports especially Legion baseball, then the Duluth Dukes and finally drafted by the St. Louis Cardinals. Racing snowmobile, riding motorcycle for 53 years and camping were also hobbies. His RV Club still meets for coffee on Thursday mornings and monthly for Saturday breakfasts. He also looked forward to his weekly Friday dinners with special friends at various restaurants.

Don was faithful, a member of the Hermantown Community Church and enjoyed participating as a greeter and driving parishioners to church while he was able.

He was preceded in death by his parents and siblings Grace and Mort.

In lieu of flowers, the family requests memorials to St. Jude’s Children’s Hospital or local Humane Society since Don was a longtime supporter of both. Due to COVID19 there will not be a funeral service, a celebration of life will be planned at a later date.