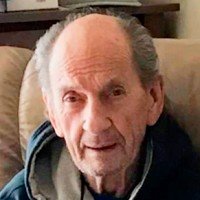 John S. "Scott" Montgomery, age 81, passed away on March 22, 2020, after a battle with Lewy Body Dementia and lung cancer. He was preceded in death by parents, John and Grace (Groleau) Montgomery, and brother, Richard "Dick" Montgomery. Survived by son, Shawn (Kim); daughters, Kelly, Mary (Adam Silver), Martha and Rachel; 10 grandchldren, 7 great- grandchildren; sisters, Carole Jackson and Patricia Plathe and best friend and brother-in-law Myron "Mike" Plathe; several nieces and nephews. Scott was a proud member of the U.S. Marine Corps. His hobby of drawing and painting was enjoyed by his family and friends. Scott loved to watch all sports and that was the one thing that would bring him back to our world in the later stages of his illness. Celebration of life and interment at Ft. Snelling National Cemetery will be held on a later date. Memorials to Allina Health Hospice Foundation, 3915 Golden Valley Road, Minneapolis, MN 55422.

A celebration of Life and interment at Ft. Snelling National Cemetery will be held on a later date.
Share A Memory
Plant a Tree