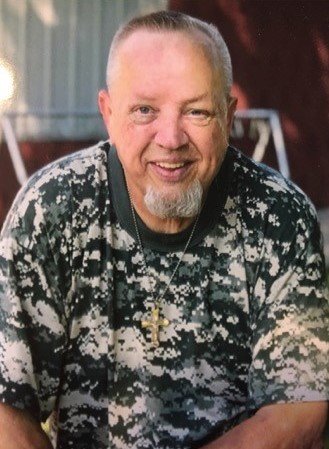 David William Raden, loving son, brother, uncle, godfather, and friend, passed away at the age of 70 on February 13, 2020 at the St. Cloud Hospital. David was born on February 19, 1949 in St. Cloud, Minnesota to Melvin and Lorraine (Schirmers) Raden.

David had a love of cars, having many in his life! He also loved fishing, hunting, and playing cards and games with his family and friends. He was a Security Guard at St. John’s University for many years, spent several years at the St. Cloud Sears store, and was a Police Officer in Avon under Chief of Police, Keith Dickinson.

David was preceded in death by his father, Melvin, his mother, Lorraine, and his siblings, Betty, Ronald, Jeffrey, Danny, and Eileen. He is survived by his brother, LeRoy and his wife Mary Lou, his sisters, Diane and her husband Terry Pflipsen, Gloria and her husband Pete Smith, and Odie and her husband Steve Goward, his brother-in-law, Frank Nathe, as well as many nieces, nephews, and great-nieces and nephews who he loved sooooooo much!

A funeral service will be held on Saturday, June 20th at the St. Benedict’s Church in Avon, Minnesota. Visitation will take place from 9:00AM to 11:00AM with the mass starting at 11:00AM. Lunch will be served in the Church basement following mass.

Plant a Tree
Print
Saturday
9
May