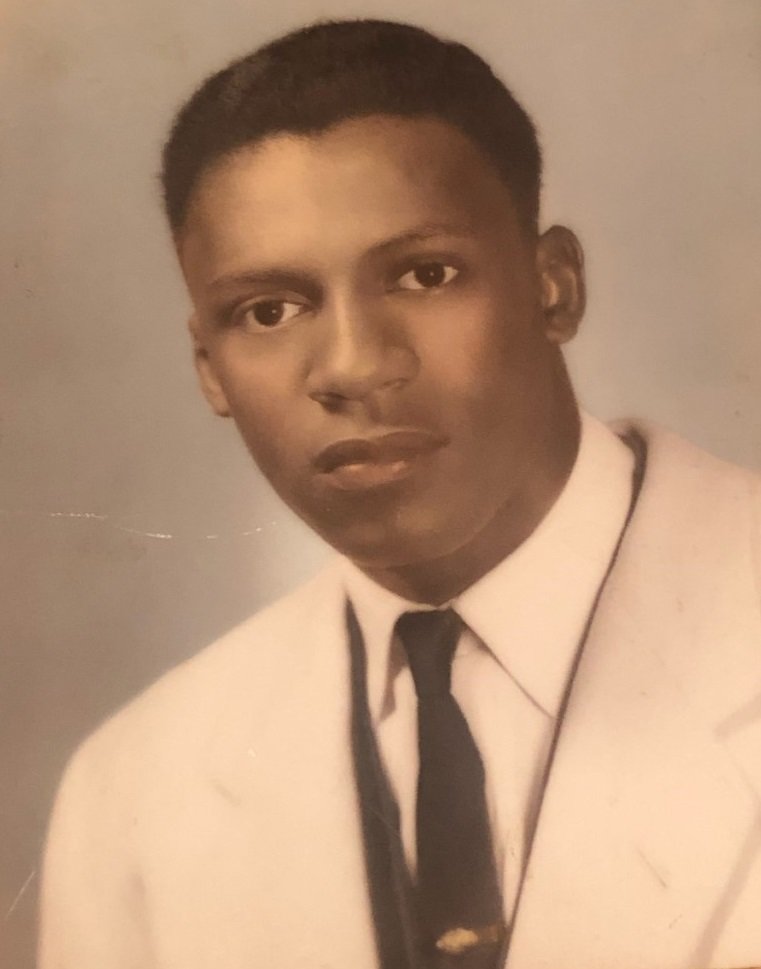 On January 11, 2020 Mr. Egynn Kasay Thomas Sr., went to be with the Lord. An angel must have had whispered in his ear, “it is time to go”, because he peacefully went without a word. His dying love for his family will never be forgotten. Egynn Kasay Thomas, Sr. was born to Mary (Wells) Starr and George Thomas on March 13, 1940 in Bartlesville, Oklahoma. His name was quite unique in both spelling and pronunciation. His grandfather, Ben Wells, named him and the spelling ensured he would be connected with his African linage. Egynn graduated from Douglass High School, home of the “The Mighty Dragons!” While attending Douglass, he met and married Mary Little at the young age of 18. They married on December 29, 1958. Their union produced four children: Egynn Kasay (Jr.), Conrad Allen, Deborah Kay, and Jacqueline Marie.

In the early days at school he participated in sports and band. He imparted his love of music to his children, who all played a variety of musical instruments. As an adult, he played with the Bartlesville Symphony Orchestra. He cherished education; he attended Bartlesville Wesleyan College, Grambling, Tulsa and Oral Roberts Universities. Although, he didn’t receive a B.A. he instilled the value of education and insured all of his children completed their B.A. and beyond. Egynn cared deeply for his community, especially the plight of black America. He was the executive director of the Westiside Community Center for a number of years. During his tenure he exposed youth to black culture. These activities included seeing the world renown Alvin Alley Dancers, the Broadway play “The Wiz”, and he helped to bring the movie “Eyes on the Prize” to the community. He was known as the godfather of the Westside; officials knew he understood the pulse of the black community and Mr. Egynn knew who and what was going on at all times. Later, the Westside Center re-named the senior community center the E. K. Thomas Activity Center.

Not only was Egynn a community leader, but he and his mother owned and operated the first recycling center in Bartlesville and operated one of the first adult homeless shelters, called the House of Faith. He was employed to coordinate lead-abatement for the Westside community when there was a high amount of lead found in the soil. During the 1980s through 1990s, he operated his own business. He was an active member of the A.M.E. Church holding a variety of positions and was inducted in the Who’s Who in America.

Every time James Brown came to Tulsa, he took his family to the show. He taught his children, “dem-bone”, checkers, baseball and crochet. The Thomas household was always full of lively conversation from talking about politics to religion, including sports. He loved watching football, especially his boomer-Sooners. He loved listening to the blues and gospel, eating Snickers and Mr. Goodbars, along with drinking strawberry pop.

Due to failing health, he moved to Minnesota where he found a new community and worked for the Community Stabilization Project of St. Paul. He was truly blessed; doctors counted him out many times, but only God knew the date. At his nursing home facility he continued to be

active by participating in bible study, singing and bingo. He always said how proud he was of his children, but his children are just as proud to have called him “daddy”.

The family would like to sincerely thank the nursing home staff, specifically Sue, Nate and Korto of Homestead of Anoka, his primary care provider, Dr. Savita, and multiple cardiovascular physicians.

Egynn Thomas’ Celebration of Life will be held: