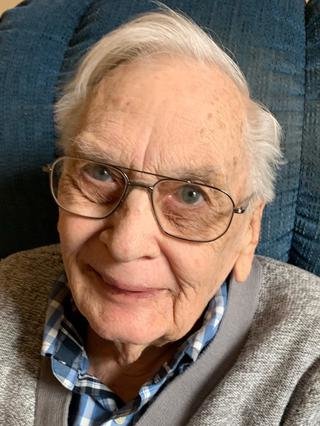 He was born April 18, 1929 to Vincent and Clara Zimski in Duluth, MN. He graduated from Duluth Central High School in 1948. John married Frances Andrys in 1955 and raised 2 children, Julie and Steven. John worked for the Duluth News Tribune for 47 years as a regional circulation manager and was awarded man of the year by Knight Ridder in 1991. He was involved in Junior Achievement and was a member of the newspaper guild.

The family would like to thank all who cared for him at St. Mary’s/Essentia Hospital and to Cindy Koch for the wonderful at home care she gave him. Jack will be remembered for his passion for classic cars (Thunderbirds), chocolates, his wonderful smile and love for his grandchildren.

A memorial service will be held Saturday, October 26 at 4 pm at Cremation Society of Minnesota, 4100 Grand Avenue, Duluth, with a visitation one hour prior.

Share Your Memory of
John
Upload Your Memory View All Memories
Be the first to upload a memory!