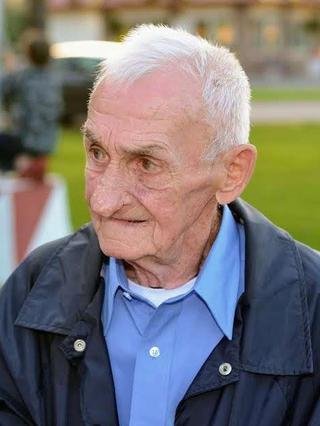 Obituary of George A. Lindberg

George A Lindberg Jr, 83, of Duluth passed away October 4, 2019 in his home surrounded by his loved ones.

George was born July 17, 1936, in Duluth to George and Mary Lindberg. He graduated from Denfeld High school and then proudly served his country in the army during the Berlin crisis. The army allowed him to marry the love of his life Adelheid “Heidi” Duda. After the military, George went to work for the United Steel and DM&IR where he spent the majority of his career. He ended his career at the Duluth Zoo as a zookeeper. This was the job he enjoyed the most and was responsible for the finding the missing kangaroo Mel.

George loved spending time taking care of his yard, watching the Vikings, going to the “playground” and having his best friend Lucky by his side.

George’s life and his kindness were a gift to all who knew him. He was always supportive and loving to his family and friends. He will be missed.

The family would like to thank the nieces Barb and Julie, with all their help keeping him at home on his final days and his brother John “Jack” for all his support.

George was preceded in death by his parents and his beloved dog Lucky, who entered the next journey with him.

Share Your Memory of
George
Upload Your Memory View All Memories
Be the first to upload a memory!