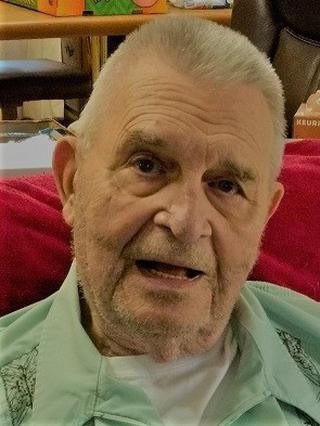 John was preceded in death by his wife; parents; sister, Marie Bell and brother, Walter Bell. He will be greatly missed by other family members and friends.

John graduated from Grafton High School, ND, in May 1944, when he enlisted in the US Navy for two years. Afterward, he attended the University of North Dakota and then returned to the Navy during the Korean War. After he married Olive Mae Howell, John joined the US Navy Reserve. He retired from the Navy after serving almost 37 years and obtained the rank of Chief Petty Officer (Radioman). John worked at Benson’s Optical in Duluth for 34 years.

John was very active in several social organizations, the American Legion for over 50 years, the Moose for over 50 years, the Shrine since 1988, and the Masonic Lodge since 1988. He held many offices within each organization, to include American Legion secretary, Moose Fellow, head of Moose Legion, Moose treasurer, Moose membership chairman, 13 years on the Moose ritual team, and Moose Pasty chairman for nine years, Masonic York and Scottish, and Knight Templar.

Share Your Memory of
John
Upload Your Memory View All Memories
Be the first to upload a memory!
Share A Memory
Send Flowers