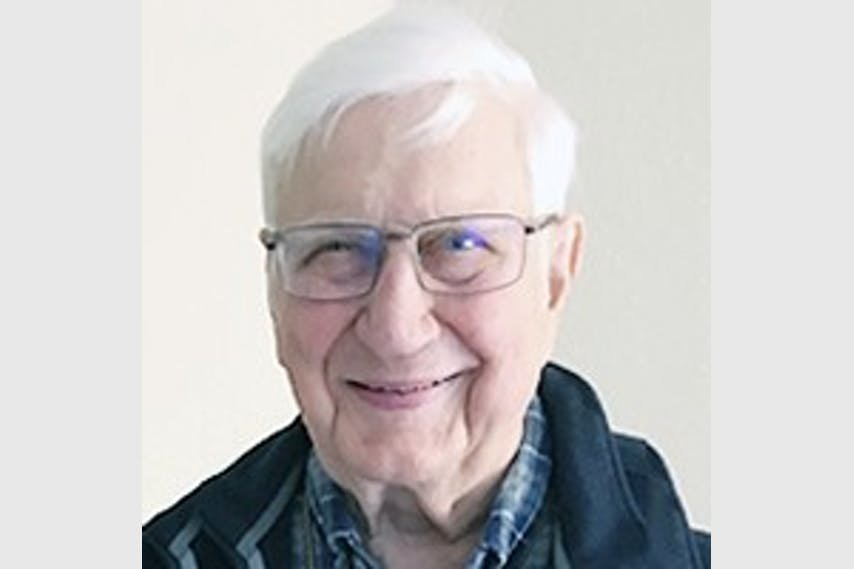 Engwall, Robert P. Grandpa Bob, also known as Reverend Robert P. Engwall, age 95, moved up to heaven in the early morning hours of May 10, 2019. His loving wife of 72 years had kissed his snowy white hair and hugged him tight just hours before as his health was rapidly declining and we knew God was calling him home after so many years of service to his Lord. In those years of service Bob was privileged to be called in Minne-sota to Redeemer Lutheran, in Pine City; St. Michael's in Roseville; St. Stephen's in Bloomington and Holy Nativity in Crystal. Bob grew up in Duluth, Minnesota, a descendant of Swedish immigrants that started a greenhouse and floral business that still bears the name Engwall more than 140 years later. Bob's grandparents were instrumental in starting the first Lutheran church in Duluth and his grandmother, Mathilda, encouraged his Christian faith from an early age. Bob met the love of his life, Carley while serving as interim pastor at the church in her small home town of Lancaster, Minnesota at the mere age of 17 and their love affair bloomed. It was yet a few years before he was able to again find his way into her heart and that love affair and fruitful marriage endured many changes in their 72 years together as they raised five children, some growing up in, Tanzania, East Africa while he served as a pastor and Carley as a nurse, and the younger ones grew up in Peru where he started new congregations in the desolate and remote highlands and in the slums of Lima. As might be expected, Bob was a big game sportsman during his years in East Africa and hunted elephant, rhino and zebra with his fellow missionary gamesmen. Many of those fellows were also graduates of Gustavus Adolphus College and then ordained and called to mission service after graduating from Augustana Seminary. All of those African Missionary families have remained close friends to Bob and Carley to this very day. During his years in Peru, Bob refined his camping and fishing skills with his three sons. That camping interest continued once the family returned to the homeland (Minnesota) and he served as a pastor at Holy Nativity in Crystal. After retiring from the ministry he went to work for Lutheran Brotherhood Fraternal Services until that retirement, then he and Carley enjoyed camping all over the U.S. with good friends and cruising the world with family. In recent years they spent nearly every summer weekend in their cozy camper at some lovely Minnesota State Park where they hiked in the woods, and he honed his photography skills. In his quiet hours, Bob studied Greek until the last few days of his life. Bob and Carley's (5) children are Claudia, (Rod) Thompson, Roberta "Bobbi" (John) Peters, Rolf, (Sandy) Engwall, Leif, (Carol) Engwall, and Evan (Stephanie) Engwall. Their (15) Grandchildren are Carley, Jennifer, Paula, Christopher, Matthew, Niles, Laura, Joey, Emma, Kai, Nate and Jake, Abby, Sarah and Mattie. Their (13) Great-Grandchil-dren are Shane, Max, Sophia, Blake, Berndt, Ava, Owen, Celia, Clayton, Joe, Luke, Zane and (little) Claudia. There will be a celebration of life at Calvary Lutheran Church, 7520 Golden Valley Rd, Golden Valley on Wednesday May 15th, 2019. 10 am visitation, service at 11, with lunch to follow. Bob served as a Chaplain in the Air Force in Morocco during the Korean War and Interment will be held at Fort Snelling at a later date.