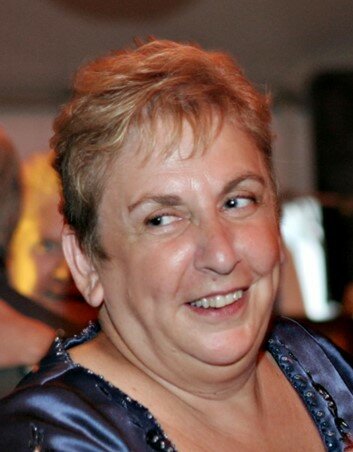 Return to Cremation Society Of Minnesota | Duluth
Plant a tree in memory of Christine
Obituary
Share / Subscribe to this tribute
Share Obituary:
Plant a Tree
Print

It is with deep sorrow that we announce the passing of Christine Ellen (Wilkinson) Berini of Duluth, Minnesota. She died at the age of 75 on October 15, 2022. Chris passed peacefully in the arms of her loving children. Chris was born March 28, 1947 and raised on Park Point in Duluth, Minnesota. She graduated from Duluth Cathedral High School, Class of 1965. She attended the University of Wisconsin - Superior, earning a degree in Biology in 1987 at the age of 40, proving you’re never too old to learn. Chris was the Environmental Program Manager for the Fond du Lac Band of Lake Superior Chippewa, of which she was a proud and elder member. She retired fashionably in 2007.

Chris married the love of her life, Richard (Dick) Berini in 1990. From their summer home in Cloquet, Minnesota to their winter home in Oldsmar, Florida, you would always find the two of them sitting across the table with family and friends, sharing wine and food, laughter and stories. The countless times we were able to watch her laugh so hard until she cried, the extra bottle of wine ordered, and that a meal doesn’t end until you have dessert, will forever bring a smile to so many.

They especially enjoyed traveling. They took a catamaran cruise in the Dominican Republic, Belize in 2005, Mexico, sailed the Virgin Islands, and Italy in 2007. They wintered in Oldsmar, Florida for over a decade.

When asked at her 25th wedding anniversary to Dick in 2015, Chris responded with that contagious smile in that room full of her family and friends, with her calm, inviting nature, that “our lives have been so full and blessed.” How special to feel that way every day of your life.

The grandkids were a vital part of the family she cherished. Grandma loved to shop, hang out and spoil them like only a grandma can.

Chris was an amazing person who, through her actions, showed the world how to prioritize what is truly important in life. Her family would like to thank the staff of Essentia Health - St. Mary’s Medical Center and Ecumen Lakeshore for their devotion and care over the last seven months. We often heard from them how Chris was a shining light in their day with her smile, humor and positivity, which she never lost. If you were fortunate enough to cross her path, you know that Chris was known for her 4pm dirty martini. Let’s raise a glass to our beloved wife, mother, daughter, sister, grandmother and friend who has gone before us. While she loved to garden, in lieu of flowers, Chris would hope you would do an act of kindness in her name. Chris’s mother, Eileen Wilkinson, died from breast cancer and Chris was a breast cancer surviver. Please consider a donation to the Susan G. Komen organization.