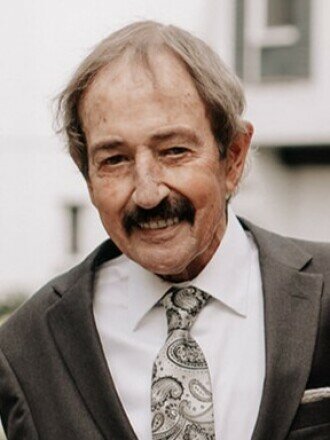 Return to Cremation Society Of Minnesota | Duluth
Plant a tree in memory of Thomas
Obituary
Share / Subscribe to this tribute
Share Obituary:
Plant a Tree
Print

Thomas George Carlson Sr., 77, of Grand Rapids, MN, passed away on October 13. He was hospitalized for a short time at Essentia in Duluth and died peacefully surrounded by family.

Tom was born on February 1, 1945, to Albert and Helen Carlson in Cook, MN. He graduated from Cook High School in 1963, served in the Army, worked in the trades, and was a small business owner in Grand Rapids, MN.

In 1977, Tom met the love of his life Arlene. Tom enjoyed cooking. It was a family tradition for Tom to cook a prime rib at Christmas for his wife, kids, and grandchildren.

All are welcome to join in the celebration of life at the American Legion 9 NW 2nd Street, Grand Rapids, MN on October 29 from 2 to 4 pm.