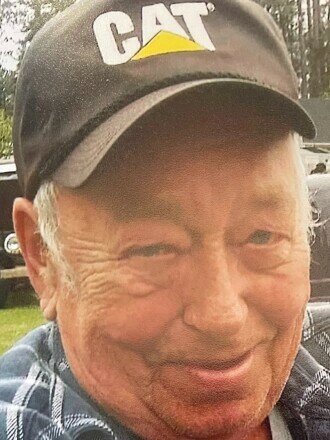 Return to Cremation Society Of Minnesota | Duluth
Plant a tree in memory of Paul
Obituary
Share / Subscribe to this tribute
Share Obituary:
Plant a Tree
Print

Butch was born in Two Harbors on July 23rd 1943 to Nels and Julie Henjum. He graduated from Two Harbors High School in 1961 and joined the Navy shortly after where he was part of the Navy Sea Bees and served in 20+ different countries around the world and helped open McMurdo Station in Antarctica.

A lifelong resident of Two Harbors, Butch worked for Lake County Highway Department for many years. Many may remember Butch as a grumpy old man but those who knew him best will remember him as someone with a heart of gold who was always willing to lend a hand to anyone in need. He especially enjoyed spending time out at, “The Farm” caring for the animals and tending to the lawn as well as one of his favorite hobbies, the pumpkin patch where each year, kids and adults alike were all welcome to come take a tractor ride and take home a pumpkin.

In later years Butch enjoyed early breakfasts at Judy’s Café with many of his lifelong co-workers and friends.

Butch is preceded in death by both his parents, his sisters Rita (Dick) Svir, and Mary (Richard) Rosati.

He is survived by his son David (Crystal), his grandson Dakota, his sister Sandy Buttenhoff, one of his closest friends Janice Hendrickson, and many nieces and nephews.

A special thank you to Dr. McMahon, Doc Cotton, and the care teams of both St. Luke’s in Two Harbors & Duluth whose care for Butch allowed him to be happier and more comfortable.

Those who knew Butch would not be surprised that he was adamant there be no funeral held for him. A gathering for friends and family will be announced at a later date.