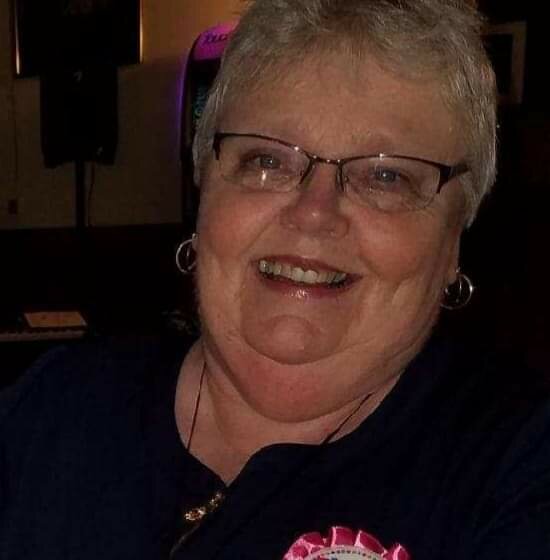 Return to Cremation Society Of Minnesota | Duluth
Plant a tree in memory of Vicki
Obituary
Share / Subscribe to this tribute
Share Obituary:
Plant a Tree
Print

Vicki Marie Goode, 73 passed Thursday May 26th, 2022 with her children holding her hands.

Vicki was born August 20th, 1948 in Duluth, MN to Martin and Elma Scott.  Vicki had an affinity to Duluth, Park Point and the Aerial Lift Bridge.  Vicki happily lived her entire life in Duluth.

Vicki Married Roger Goode on September 13th, 1969.  The two were each other's lifelong companions.  They were blessed with two children: Stacy and Scott.

Vicki worked as a secretary in her younger years and became the best stay at home mother upon the birth of her daughter.  As her children became older Vicki took a part time job as a lunch lady at Lincoln Park Elementary.

Vicki was an Avon enthusiast.  Vicki made the presidents club for 20 consecutive years and her Mrs. Albee collection shows that success.  Vicki and her husband Roger both actively supported VFW post’s 6320 and 137.  Vicki had a beautiful voice and enjoyed karaoke with her VFW family every Friday night she could.

Vicki is survived by her Children Stacy, and Scott, her daughter-in-law Sandy, her sisters Donna Schuldes and Gale (Clem) Solarz, her Best Friend Judy (Bill) Kynell, one niece, 6 nephews, and many great and great great nieces and nephews.

VIcki was preceded in death by her husband Roger, her father Martin, her stepfather William French, her mother Elma, and her brother-in-law Gene Schuldes.

Vicki will always be remembered for her laugh, her hugs, her huge smile and her Vicki-ism’s.

Funeral services will be held Thursday June 9th, 2022 at Cremation Society of Minnesota, 4100 Grand Avenue Duluth, MN 55807 with a wake at 9AM and the service at 10AM.

Vicki’s children Stacy and Scott would like to say thank you to the Number 2 fire hall that helped for our Mom at her home, and all the caregivers at St. Luke’s Hospital for the incredible care of their beautiful Mother.

In lieu of flowers, memorials may be made to https://grrow.org/