Sign in
Recommend Stephen's obituary to your friends
Plant A Tree 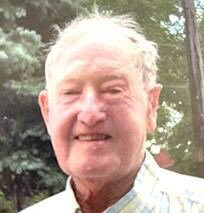 Steve passed away peacefully from Parkinsons complications at Waverly Gardens North Oaks on Sunday, April 24, 2022. He is survived by his wife Shelley, five children Steve Jr., Kjersti Ruehle, Peter, Thomas and Bente de Booy. In-laws Jeff Ruehle, Gigi Birkeland, Romina Montanari, Peter de Booy. 17 grandchildren and 21 great grandchildren. Steve was born and raised in Chicago (Austin High School) received his Bachelor of Science at the University of Illinois majoring in chemistry, spent two years in the Air Force before starting graduate school. He had a post doctoral Fellowship at the University of Wisconsin Madison and Stanford University before starting his 34-year career at 3M. He had many interesting jobs there, filing 22 patents and playing his violin in the 3M orchestra. His favorite assignment was managing director at the 3M Harlow Laboratory in England. Steve was a man of faith and served the church in many capacities. He was a wonderful storyteller, a quick wit, loved sports, spending time with his family and friends on the shores of White Bear Lake. He will be greatly missed and forever in our hearts. Memorial service Thursday, May 5, 11 am at St. Andrew's Lutheran Church, Mahtomedi, MN. Luncheon to follow. Memorial donations made to St. Andrew's Church.