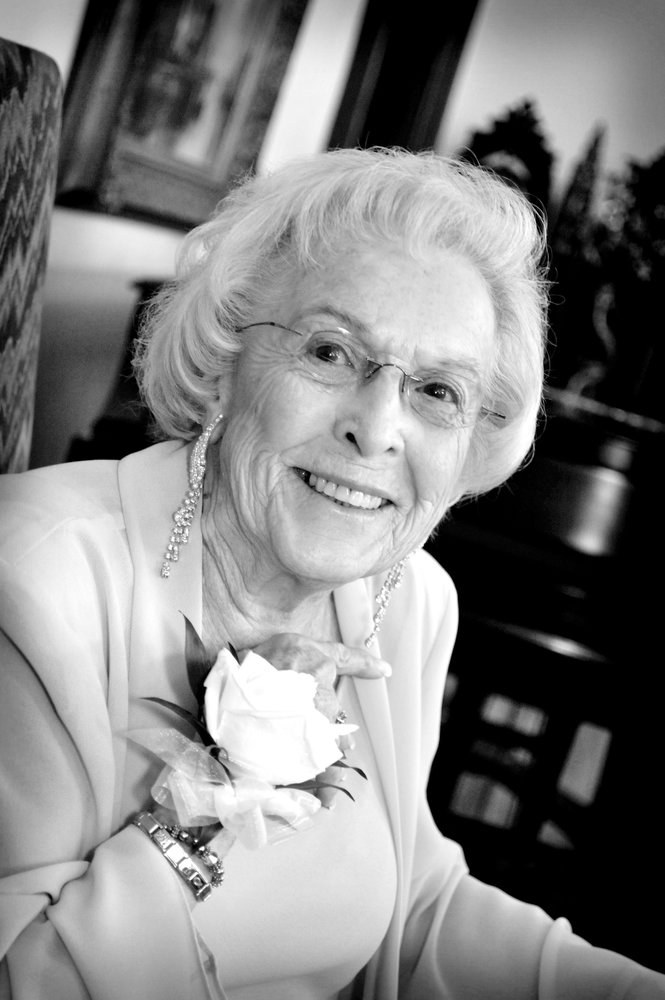 Obituary of Marcella A. Samuelson

Marci grew up on the LaBore family farm in White Bear Lake, with her parents Martha and James, her brother Louie and her sister Phyllis. Marci attended St. Mary’s catholic school and graduated from White Bear Lake High School in 1943. After high school she went on to secretarial school and moved to Detroit, Michigan to work for AT&T.

After moving back home, she married her longtime high school boyfriend Robert Samuelson in 1948, soon after he had returned home from serving in the Navy during WWII.

Her interests included dancing, golfing, bowling and fishing at her and her husband’s cabin “Samars”. She worked as a longtime teacher’s aide at St Mary’s Elementary School. In retirement, she volunteered at Cerenity Care Center until her late 80’s.

Most of all, she was an avid White Bear Lake High School hockey fan. She attended as many games as possible and never missed a single MN High School State hockey tournament from 1958 through 1995. She loved rooting for the Bears, especially when they played against the teams in green and white sweaters/jerseys, well, let’s just leave it at that!

Marci had a zest for life! Her sense of humor and loving personality put a smile on the faces of everyone lucky enough to spend time with her. There was nothing ordinary about her goodness, faithfulness and absolute devotion to her children, grandchildren and great grandchildren.

There will be a private burial at Fort Snelling National Cemetery. At a later time, we will announce the date to gather and celebrate the wonderful life of Marci.