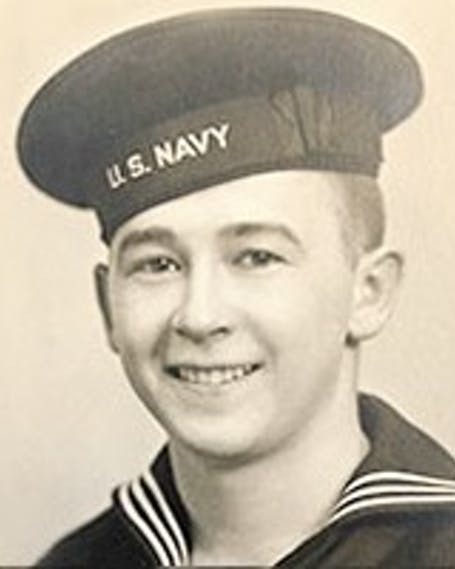 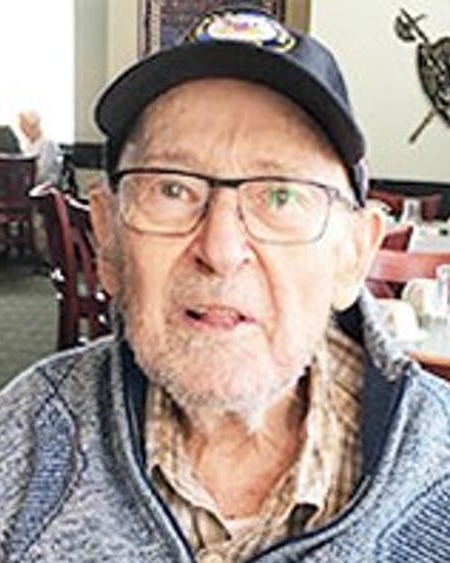 Born January 16, 1926 in Iowa City, Iowa. A true patriot, Don joined the US Navy and proudly served during WWII. While on leave in New London, CT, he met, and eventually married the love of his life Geri. Devoted to their Catholic values, they raised their family in the Mpls. Incarnation Church community. Don was most recently a parishioner of St. Peter’s Catholic Church, Richfield. Don was a proud business owner of an independent insurance agency in South Minneapolis. Don had many interests and passions: music and singing (Knights of Columbus Chorus), traveling (visited all 50 states, & many foreign countries), political discussions, and doing his civic duty. Don showed his service to God and others by volunteering in various capacities.

Preceded in death by his wife of 65 years, Geri; daughter, Kathleen; son Kevin.

The family would like to thank the Fairview Hospice team (Sophie, Leslie, Tim, Janelle) as well as NC Little Hospice in Edina, MN.