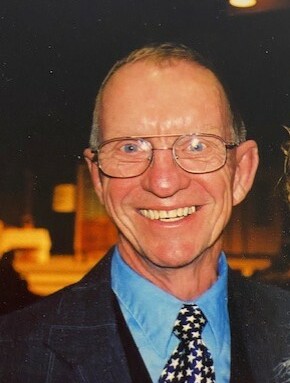 Corny is preceded in death by his first wife, Arla, and his son, Craig.

He is survived by his loving wife, Judy, and between them their 8 children. Corny’s children; Dawn (Wes), Scott (Kathy), Shane (Brenda), Todd (Marcia), Dean (Vicki), and Judy’s children; Teri (Jim), Troy (Nicole), and Tom (Heidi), along with 32 grandchildren and 31 great grandchildren. He is also survived by his only sibling Nancy (Groth) Kersten.

Corny worked his whole life in the music industry. He began working for his dad at Groth Music and then spent most of his career, along with his wife, Arla, as an independent sales rep in the Midwest states and Hawaii.

After retirement, Corny and Arla traveled by Motorhome during the winter months, enjoying their time seeing the US.  After Arla passed, Corny met and married Judy, and they lived full time in the RV and were involved in S.O.W.E.R.’s.

Corny’s greatest desire is that everyone know Jesus Christ as their personal savior and he claimed God’s AMAZING GRACE.

Judy and the family would like to thank the staff at the Veterans Home in Minneapolis for the excellent care he received while living there.

The Celebration of Life service will be held Friday, December 16th at Bridgewood Community Church, 11670 Lexington Ave NE, Blaine, MN.  Visitation is 10:00-11:00 with an 11:00 service and a luncheon to follow.

In lieu of flowers, the family prefers donations be made to Bridgewood Community Church.

Share Your Memory of
Cornell
Upload Your Memory View All Memories
Be the first to upload a memory!
Share A Memory
Plant a Tree