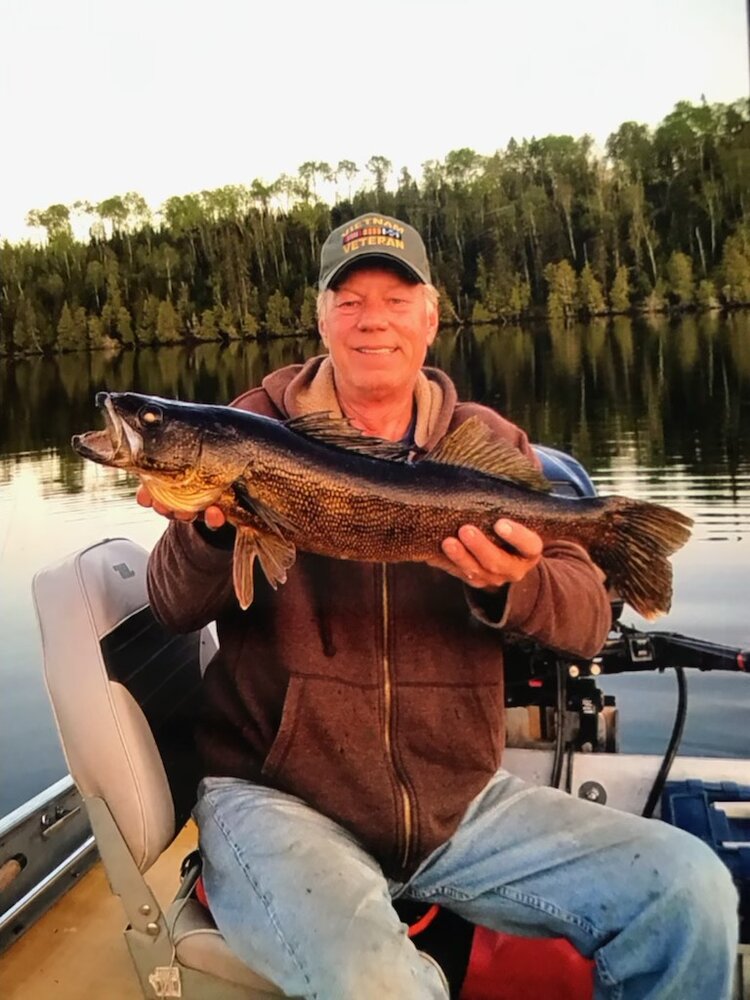 With great sadness, Michael "Mike" William Ekholm age 69 of Cloquet, MN passed away Sunday, May 1, 2022 peacefully in his sleep. Mike was born on March 31, 1953 in Cloquet, MN to William & Kathleen (Webber) Ekholm.

Mike graduated from Esko High school in 1971. He was a Vietnam Veteran and served 4 years in the Air Force. He married the love of his life, Pam (Horner) on August 17, 1974. They began their life in Grand Forks, ND where Mike was stationed at the time. In 1976 they moved back to Cloquet and started a family. They resided there until 2003 and then started a new adventure in the Outer Banks of North Carolina. Then moved back to Cloquet in 2011.

Prior to 2003 Mike worked for Potlach/Sappi for 20 years. While living in NC he worked at Salty Dawg Marina; later retiring from Scully’s boat works. They lived on a canal where Mike’s boat was docked 50 feet from his back door. Mike loved any kind of fishing and in fact was a Charter Captain on Lake Superior for many years. He also enjoyed hunting, camping, making homemade maple syrup and spending time with his family and friends.

Michael is preceded in death by his parents, his Mother and Father in-laws Mary and Pete Sauve & John and Alice Horner & his Nephew Ryan Hill.