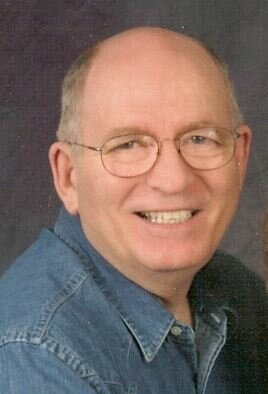 John and his twin brother James were born on November 14, 1946, to Harvey LeRoy and Rachel Margaret (Barnard) Zimmer, in Chicago, Illinois. John attended Fernwood Elementary and graduated from John Marshall Harlan High School in Chicago, where he successfully tried out and made the varsity basketball team for two years. He graduated in January of 1965. In February 1965 he enrolled at Vennard College in University Park, Iowa. He gave his heart to the Lord on October 2, 1965 and committed himself to Pastoral Ministries. He married Glenda Elaine Swarthout on June 3, 1967, in Blanchard, Michigan. Upon graduation from Vennard in 1969, he accepted the call to be the pastor at Guthrie Center Wesleyan Church in Guthrie Center, Iowa. In the summer of 1971, he was ordained as a minister in the Wesleyan Church, and subsequently moved to Des Moines, Iowa, to pastor at Grace Wesleyan Church (Radiant Church). In Des Moines, a ministry of deep family relationships and strong community impact grew into unbreakable bonds.

In 1985, he became the pastor of Oakdale Wesleyan Church (Heartwood Church) in Oakdale, Minnesota. There he continued his education, receiving a Master's Degree in Pastoral Counseling from Evangelical Theological Seminary (1994). He also earned a Doctorate in Philosophy and Clinical Christian Counseling from Jacksonville Theological Seminary (1997). In 1999, he joined the Billy Graham Evangelical Association as a Senior Correspondent, a position he held until 2003. He supplied many pulpits until his official retirement in 2015. He was later honored for 50 years of ministerial service with the Iowa-Minnesota District of the Wesleyan Church. During these years, he had served as District Youth President, District Board Secretary and Assistant District Superintendent.

He is survived by his wife, Glenda; children: Lisa (Brian) Martz, Steven (Wendy) Zimmer, Sarah (Noel) Aldrich; 12 grandchildren; 14 great-grandchildren. He is also survived by brothers, Harvey (Katrina), James (Edna), and Keith (Becky), and sister, Joy (Dennis) Kadwell, along with many nieces and nephews. He was predeceased by his parents and a great-grandson.

Dr. John or Pastor John, as known by his friends, was a people person who loved others unconditionally and was loved by many in return.

A visitation will take place from 4-7 PM on Friday, March 25th at Heartwood Church, 6477 10th St. N, Oakdale, MN. The funeral service will be held at Heartwood Church on Saturday, March 26th at 11 AM, with a luncheon to follow. Private interment will be at Portland Cemetery in Portland, Michigan.