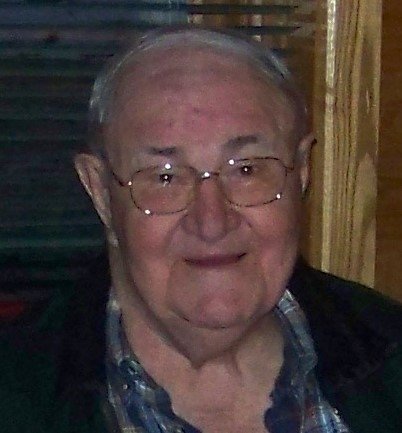 Stanley Joseph Menart, 94 of Duluth, passed away on Monday, March 29. He was born April 7, 1926 to Frank Menart Sr. and Frances (Urashick) Menart in Duluth.

On July 3, 1949, Stan married Helen (Dzuck) Menart. Stan was a World War II veteran serving in the United States Army repairing tanks in the Philippines and in Tokyo, Japan. When he returned from Japan, Stan worked at United States Steel as a blacksmith until the company closed. He then worked maintenance at Cook Home in Duluth. Moose and deer hunting, fishing, and camping with family was important to Stan. He also enjoyed watching sports, traveling and dancing the polka with Helen. He especially enjoyed being with his grandchildren.

Stan was preceded in death by his wife Helen in 2007, and his brothers, John and Frank Jr.