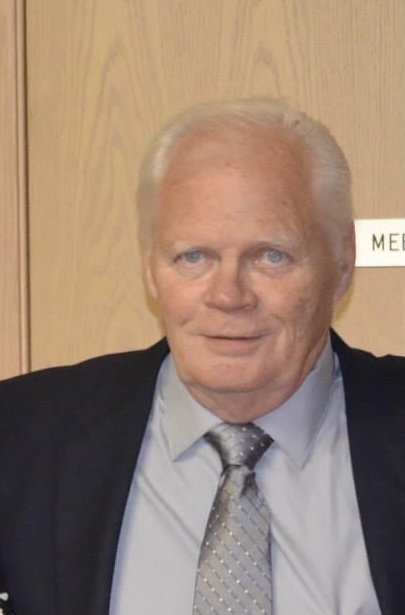 Gregory L Wilson (Greg) 71, of St. Francis, formally Maple Grove and Finlayson, a beloved husband, father and grandfather passed away on March 24, 2021 in Minneapolis, MN.  Greg is preceded in death by his parents, Herbert Wilson and Lois (Erickson) Wilson; brother Larry Wilson and niece Jodi Wilson. Greg was born in Minneapolis on April 15, 1949.   He was baptized and then later confirmed at Elim Lutheran Church in Robinsdale, MN. Greg was a charter member of Maple Grove Lutheran Church.

Growing up Greg enjoyed spending time with his special “Grandma Wagner” on her farm. Summers at Greyhound Island in Canada. He joined the Air Force following his graduation from Robinsdale High School in 1967. He was stationed in Anchorage, Alaska and Minot, North Dakota during the Vietnam War. While stationed in Minot he met the love of his life Sherry. They were married in Minot before making their home in Minneapolis.

Greg worked for Greyhound Bus Lines, Northwest Airlines and Minnesota Lottery before he retired to their lake home in Finlayson, MN.   Later moving to St Francis, MN to be closer to doctors.

There was nothing he could not fix. He was very handy around the house and garage. Greg always had a project he was working on. In between projects he enjoyed reading books and watching WWII movies /documentaries on television. When most feared technically, Greg was the first to have the latest new item/gadget. Greg was very computer savvy and enjoyed the challenges by keeping up with all the updates and changes.

Greg’s children and grandchildren were his everything. He loved them all so very much. “Grandpa” made sure we each knew we were so very “equally” special to him. Greg will be missed for his spectacular Fourth of July celebrations at their lake home.  He will be remembered for it was always “5 o’clock somewhere”.

Memorial Service will be held on Friday, April 2nd at 10 a.m. at the Cremation Society of Minnesota located in Brooklyn Park. Interment Fort Snelling National Cemetery at 12:45 p.m. at Assembly #6

Share Your Memory of
Gregory
Upload Your Memory View All Memories
Be the first to upload a memory!
Share A Memory
Plant a Tree