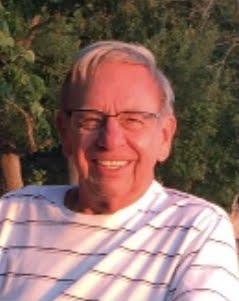 William Victor Schellbach of New Hope, MN passed away on March 22, 2021 at the age of 80. Born on May 26th, 1940, to Dale and Alice Schellbach in Erdahl Minnesota, he was the fifth born out of six children. In 1952 the family moved to Minneapolis. Willam attended West High School where he met many of his life-long friends. To his friends he was known as Bill or Willy, a fun loving, energetic man who loved to hunt, fish and play hockey. After graduating in 1958, Bill attended the University of Minnesota before joining the Army. He served in the 127th Signal Battalion for 2 years before transferring to the Army reserves. He was honorably discharged in 1965 at the rank of Sergeant.

Bill met his wife Evalin (Evie) in 1959 at a soda fountain at Benny’s corner drug store in Minneapolis. They were married November 12,1965 in New Mexico. Together Bill and Evie raised three daughters in New Hope, MN. Bill supported his family by working as a draftsman/engineer, specializing in drawing windows for architectural plans of commercial buildings. He left his imprint on many downtown buildings here in the Twin Cities, including the Ordway Theater in St Paul and Riverplace in Minneapolis.

Bill retired in 2005 he enjoyed fishing, hunting, and having a few brandy 7’s at his lake home on Mille Lacs Lake. Bill was hard working, fun loving, kind, and generous; always willing to help others.