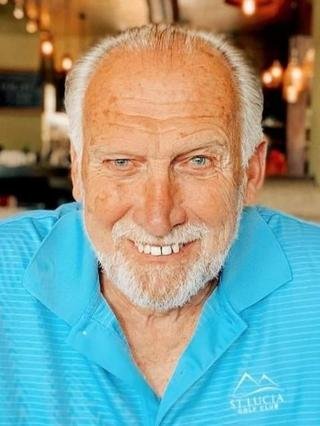 With profound sadness, we announce the passing of our beloved husband, father, grandfather and friend, Charlie Young (aka Chuck aka Papa).

It had been a wonderful week that brought Charlie so much joy. He watched his grandson, Jack, play two hockey games which his son, Joe, coached. He received a big running hug and smooch from his granddaughter, Valerie, before one of the games. He road tripped with his wife, Sarah, on roads they had not yet traveled in their many years together. He visited with his daughter, Krista, while he watched his granddaughter, Gianna, start in and win the St. Thomas home opener on a beautiful Spring day. He died full of pride and love for his family.

Charlie grew up in Cotton, MN with his parents and siblings on their family farm. He attended Cotton High School and always bragged about being Class President and ranked in the top 10 (out of 12 students), and he later went on to become the Mayor of 8th Street for 40+ years.

After high school, Charlie honorably served as a military police officer in the US Army from 1968-70. He was a proud member of Laborers’ Local 1091 where he worked most of his life. He was also a member of American Legion Post 0071 for 38 years.

Charlie and Sarah Sundeen were married on April 29, 1978 in Soudan, MN. Together they raised Krista and Joseph in West Duluth and still reside in that same home. He lived the past 10 years in retired bliss with his soulmate and best friend of 43 years, Sarah, “my love” as he said. They enjoyed many matinee movies, dinner dates, traveling, and spoiling their grandchildren every chance they got.

He was preceded in death by his parents Nick and Ruby, his brother David, inlaws Gerald and Lila Sundeen, brother-in-law Roger Berglund, and sister-in-law Faye Sundeen.

Services will be held Friday, March 26th at Cremation Society of MN in West Duluth.

Sincerest gratitude is extended to all those involved at St. Thomas, the St. Paul responders, and the staff at Regions Hospital Emergency Room. Heartfelt thanks to all our friends and family members for the outpouring of love and support during this difficult time.

How sad we are now, but how lucky we were.