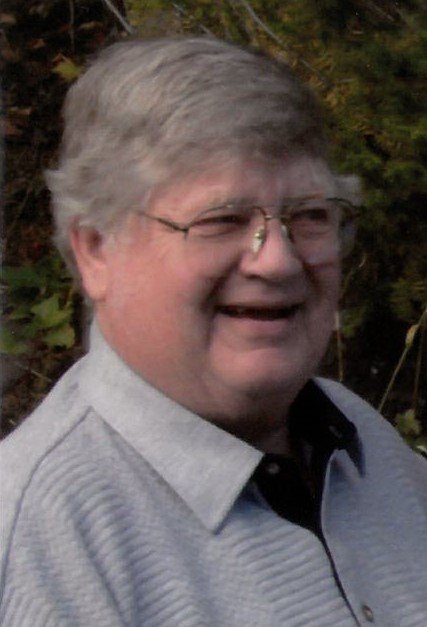 He was in the Navy Marine Corp. He was a hospital Corpsman First Class, and served four years in the Korean War.  He married Marlene Lee Stewart on August 16, 1957.  They had two children and were happily married for over 60 years.  He worked as a Lab Tech and a medical photographer and started the first new born baby photos at St. Luke’s Hospital for 20 years.  He purchased Twig Mercantile with his brother Al and continued to run the business after his brother's death.  He sold and retired at 66 years old.

Jim enjoyed his friends and family, visiting his granddaughters every Sunday for tea.  His hobbies and talents were many.  He remodeled his house at least 3 times and helped others as well.  He learned how to be an electrician on his own and wired his sons whole house and many more projects of this kind.

He was a talented ping pong and softball player.  He enjoyed hunting, storytelling, and reading.  He refurbished a Hot-Rod, model A and his last project this fall was his treasured International Farmall A Tractor.  For three years he was beekeeping with his granddaughter Amy and they successfully extracted honey from 2 out of 3 of their hives this fall.

He was preceded in death by his parents, Eugene Warren and Emily Demoss; brothers, Dicky, Alfred and Greydon Warren; sisters, Dorothy Kunelius and Marie Larson; and his wife, Marlene Lee (Stewart) Warren.

Stories about Jim will be appreciated.  Celebration of Life will be announced.  Arrangements by the Cremation Society of Minnesota Duluth.