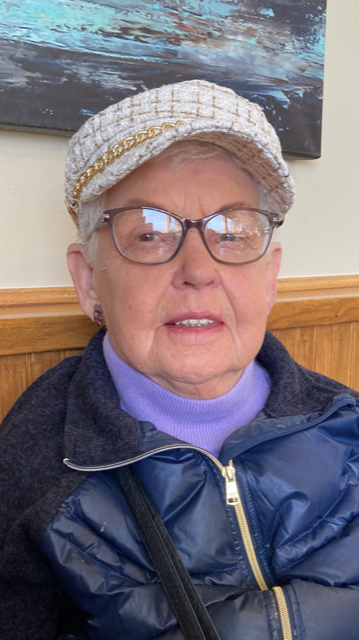 Our beautiful mother, Lucille H. Kolberg, 92, of Duluth, died peacefully in her home with her family by her side on March 3, 2021, following a brief illness. She was born on November 5, 1928, in rural Cleveland, ND to parents Byron and Hulda (Kurtz) Brooks. She moved to Duluth in 1953 where she married Charles K. Kolberg.  They were married for 45 years until his passing in 1998. She was employed by U. S. West retiring in 1987. Lucille was a member of the Telephone Pioneers and Elim Lutheran Church. One of her greatest joys in life was walking in Morgan Park. Lucille was an excellent cook and baker and was known for her delicious pies and cinnamon rolls. In 2008, Lucille was named Hero of Morgan Park. Preceding her in death was her husband Charles; parents; brothers Raymond, Leslie, Burnett, Arthur and Wilbert. Surviving is a brother Luxton Brooks of Jamestown, ND; sister-in-laws Verna Brooks of Grand Forks, ND and Frances Brooks of Jamestown; several nieces and cousins; daughter Susan Kolberg, Duluth and her children Christopher Kuznik, Silver Bay, and Elizabeth Kuznik, Sarasota, FL; daughter Brenda (Bruce) Blasey of Duluth and their children Rick Flaherty (Kimber) and Michael Flaherty both of  Duluth; Robert (Bethany) Blasey, Phoenix, AZ; Shaun (Katelyn) Blasey, Maceo Blasey, Christopher Blasey and Adrien Blasey all of  Duluth; son Stephen (Carol) Kolberg of  Duluth and their children Matthew Kolberg of Minneapolis, MN, Lindsay (Bryant) Hale of Ramsey, MN and Jonathan Kolberg of Champlin, MN; and Jamie Osborn of Superior. She is also survived by great-grandchildren Corey Flaherty, Marissa Hale and baby boy Hale on the way.  A private graveside service at Oneota Cemetery will take place at a later date.