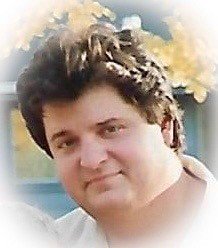 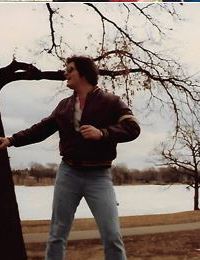 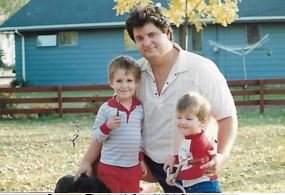 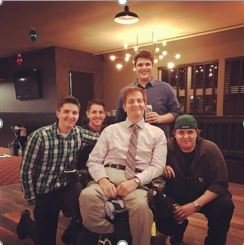 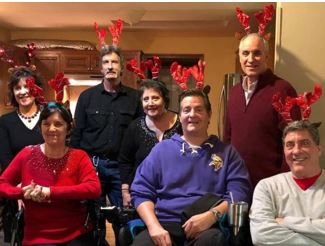 Paul passed away peacefully on January 1, 2021. He was preceded in death by parents Fran and Sam Cavallaro. He is survived by sisters Cathy (Gary), Peggy (Greg), Carol (Terry), brothers Dave, Joe (Sherry), and Vince (Cindy), sons Nicholas (Meaghan), Alex (Meagan), Zack (Kaci), and Sam; and many cousins, nieces, and nephews. A devoted father of four and brother, Paul loved nothing more than to be surrounded by his kids, enjoying life and being with his family.

Paul was born on February 24, 1960 in St. Paul, Minnesota. As the youngest sibling among four boys and three girls, Paul grew up surrounded by the love of a close-knit family. Paul developed his passion for food and cooking early in life when he would help his mother in the kitchen creating one of her famous Italian dishes. As he grew older, he developed an affinity for athletics, becoming an exceptional football player at Henry Sibley High School. He continued with his athleticism beyond high school by playing in multiple soft-ball leagues over the years, and never turning down a round of golf when invited. His passion for the Minnesota Vikings was unconditional and incorrigible. He would not have complained about them not winning a Super Bowl in his lifetime, he would have thanked them for the 60 years of memories and entertainment.

Paul was a gifted salesman due in part to his charm and charisma, and he used these talents to climb the ladder of the insurance industry. He greatly enjoyed his job, and he particularly appreciated the personal interactions with his customers, co-workers, and friends.

Paul’s four sons were his pride and joy, and he routinely claimed that he felt his purpose in life was to be a devoted father. He lives on through the countless stories his children share of trips to the cabin, weekend family excursions to beaches, sledding hills, and activity centers, and spending time at home cooking, laughing, and giving his famous bear-hugs.

In 2003, Paul was paralyzed in his lower body and would never regain the ability to walk. He faced this challenge with bravery and positivity, spending many years fighting at The Courage Center for improvement in his affliction. He never gave up belief that he would walk again, but also did not relinquish his positive attitude after years of not achieving the progress he so badly desired. With his unwavering and optimistic nature, it was common for him to be more concerned with how others were faring with their challenges even while lying in an ICU bed. He may have never achieved his dream of walking again, but he lived more than 17 years with an overwhelmingly warm and contented spirit all while going through the fight of his life.

Paul will be laid to rest at Washburn-McReavy Hillside Cemetery in Minneapolis following a small interment ceremony. His final resting place will be within the “Faith” segment of the Section J mausoleum: https://www.washburn-mcreavy.com/download/103803/hillside-map.pdf

A larger gathering will be scheduled later in 2021 to celebrate Paul’s memory with family and friends (details to follow). In lieu of flowers, please consider a contribution to assist Paul’s family with his final arrangement expenses. Any excess contributions will be donated directly to Southview Acres, Paul’s long-term care facility who provided such exceptional care during his final years of life.

A beloved father, son, and brother, Paul’s memory lives on through his loved ones who will continue to honor his legacy by living their lives to the fullest.

Contributions for final arrangements can be sent to:

Share Your Memory of
Paul
Upload Your Memory View All Memories
Be the first to upload a memory!
Share A Memory
Plant a Tree