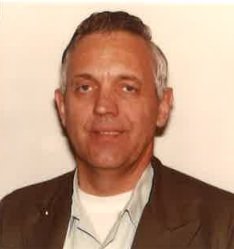 Bob was born on September 13, 1932 in St. Francis, MN. He grew up in Crown, MN and attended St. Francis High School, graduating in 1950. Bob rarely missed a class reunion.

Bob was drafted into the US Army in 1954 along with his best friend, Vern. They served together in Austria as communication clerks and loved traveling all around Europe when they had leave.

After his Army service, Bob became a member of the Amalgamated Transit Union Local 1005 in 1957 and was a lifelong member of the union. He drove city bus until 1994 when he retired. Bob loved his job, his co-workers and the riders. After Retirement, he joined Jefferson Lines to try tour bus driving and enjoyed the traveling and all the people he met. And when he was still in good health, he would join the bus driver retirees for coffee at Merwin Drug, Cub and McDonalds.

Bob loved to dance and travel with his very special friend, Cathy Clark. They danced in over 50 dance venues in the five-state area and traveled around the country. Bob once said “I have traveled to everywhere I wanted to and have seen everything I wanted to see.” He loved taking day trips with his two great nieces, Brenda and Brittany. They traveled all over the state making great memories.

Family meant everything to Bob. He spent a lot of time with his sister Dolly, her husband Chuck, and their daughter Deb, and the rest of the Porter family. He also enjoyed time spent with his cousin Myra, her husband Phil Henkel, and sons Larry (Linda) and Danny and their families, and many other cousins.

A couple of special memories of Bob: When his great niece Brittany introduced Bob to her elementary teacher as “This is my Grandpa Uncle Bob”, Bob got teary eyed, he was so proud. And when his great niece Brenda was getting married, there was so much emotion and pride in Bob’s face and heart when she asked Uncle Bob and Grandpa Chuck to walk her down the aisle.

Bob was preceded in death by his parents, John and Emma (Kriesel) Christensen; sister, Dolly Porter; brother-in-law, Chuck Porter; cousin, Myra and her husband, Phil Henkel; and many other family and friends that touched his life.

A special thank you to the Silver Creek on Main Retirement Community in Maple Grove for caring for Bob during his last couple of years.

A graveside services will be held at Crown Cemetery this spring TBD.