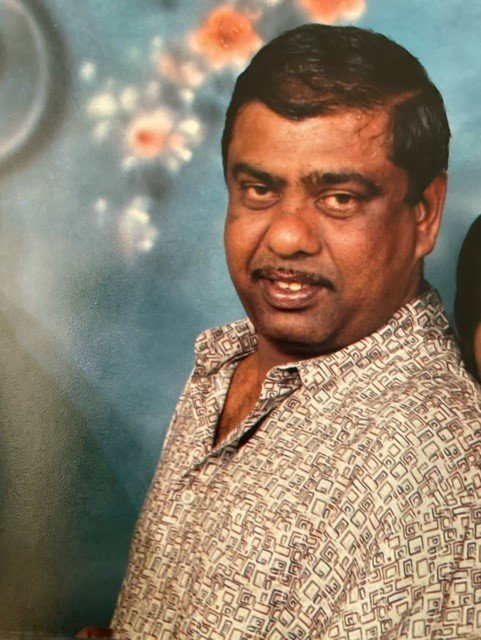 In Loving Memory of

Hemankumar Tuslee otherwise known as Suresh by family and friends left us too soon on November 15, 2020, with his loved ones surrounding him in his final moments. Suresh was born on December 2, 1966, to the late Ramraji and Tulsee of Number 1 Village, Guyana.

Suresh and his devoted wife, Naline, shared 35 years of marriage based on love, devotion and mutual respect. He is the son-in-law of Lelo and the late Arnachellum. They married in Guyana and came to Brooklyn Park, MN with their daughter, Suerita in 2001.

Suresh spent his life as a hardworking man who was employed at Walmart for 19 years, tending to his garden, watching cricket and being surrounded by family.

He will be missed!

Share Your Memory of
Hemankumar
Upload Your Memory View All Memories
Be the first to upload a memory!
Share A Memory
Plant a Tree